Skip to content
Hull officially lost 7,500 men in the First World War. Another 14,000 were wounded, of which 7,000 were maimed. These were the figures reported by Hull Lord Mayor after the war. The number of wounded increased over time, as war wounds deteriorated. The Ministry of also Pensions records 20,000 war wounded in Hull in 1924.
In the United Kingdom, one in six families, suffered a direct bereavement. 192,000 wives lost their husbands, and nearly 400,000 children had lost their fathers. A further 500,000 children had lost one of more of their siblings. Appallingly, one in eight wives died within a year of receiving news of their husband’s death.Women who lost their husbands in the First World War were granted the first State-funded, non-contributory pension (meaning that they did not have to pay a contribution towards it). They also received a dependent’s allowance for any children under 16. Charities such as “The Soldiers’ and Sailors’ Families Association” and “The British Legion” provided some families with additional support. Hull created it’s own unique Great War Civic Trust to specifically help Hull’s many wounded and bereaved families.Not all women were granted the pension. A woman who married an ex-soldier after he had been discharged from the army would not get a pension if he later died from war wounds. Some women had their pensions withdrawn by the Local Pensions Office if they were judged to be behaving in the wrong way, for instance if they were accused of drunkenness, neglecting their children, living out of wedlock with another man or had an illegitimate child. Thousands of women wrote to the authorities to appeal for a pension.There was fear that if the pension was too generous, then it would mean that women would be discouraged from supporting themselves. ‘Eighteen shillings a week and no husband were heaven to women who, once industrious and poor were now wealthy and idle’ one man wrote to the Daily Express, complaining of the pension.The ‘Kingston Upon Hull Memorial’, compliments the many memorials to Hull’s servicemen during the First World War. It is a data base including all Hull’s casualties and can analyse the casualties, in many ways. Individuals can be searched by name, rank, regiment, age, street, and dates of death. Rather than reading just a list of names on a war memorial, ww1hull.com allows the reader to interact with all Hull casualties, by adding photographs and stories for each individual, putting faces to name, learning more about Hull during the First World War and adding a context to Hull’s losses. The data base shows that at least 9,500 people with a Hull connection were lost in the war. For many reasons, names of the dead, were lost in the official reporting. People moved around frequently, so the street memorials became distorted. There was no welfare state, so when husbands were killed, people moved back to their families, for support. Soldiers enlisted in different towns, under different names, transferred to different regiments, which confused the local connection. The way local memorials were compiled, also limited reporting casualties. For example, Hull’s “Golden Book” at Hull Minster contains only 4,500 Hull casualties. It was compiled through a newspaper advertisement, which required readers to submit a completed form. Sometimes donations were needed to include a name on a memorial. As people were poorer, did not always read newspapers, or have the money for subscriptions, casualties got forgotten. Education was also limited and literacy levels were lower, so completing forms were sometimes difficult. Records were complicated by clerical errors. Names were miss spelt, duplicated, and lost in translation. Even the Commonwealth War Graves Commission (CWGC), which dedicates itself to remembering all the war dead, omits many servicemen who were discharged from the service, and died of wounds, “out of Uniform”. Yet Hull Cemeteries are littered with these casualties and newspaper report many local casualties that do not appear in CWGC records. This “Kingston-Upon-Hull Memorial” aims to correct Hull’s losses, by ensuring that all are remembered and this part of Hull’s history is not forgotten. 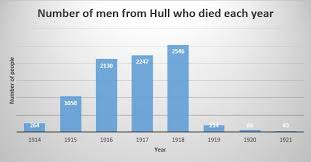 The Hull casualty rate was officially 30% of those who served, that is 21,000 men killed or wounded, from a total of 70,000 men recruited. However, with the extra Hull names added, it can now be evidenced for the first time, that Hull’s losses were considerably higher, than the official figures suggest. This database can analyse Hull casualties in different way. For example, it reveals that on average,

Even after the war, men continued to die from war wounds, accidents and disease, such as the “Spanish Flu”. Hull cemeteries contain many CWGC graves that show that these deaths continued into the early 1920’s. The Ministry of Pensions records 20,000 war wounded in Hull in 1924, so those who died of wounds as a direct result of the war, may well have continued for decades. 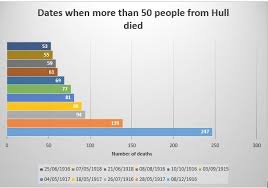 Another ongoing peril was unexploded sea mines which continued to take the lives of Hull fisherman, long after the war had ended. For example, the Hull Trawler, ‘Gitano’, struck a mine on the 23rd December 1918, and was sunk with all hands . The Hull Trawler ’Scotland’, struck a mine on the 13th March 1919, killing seven Hull men. Two days later the steam ship, ‘Durban’ exploded‘, killing another eight Hull sailors. The ‘Isle of Man’ (Hull), exploded on the 14th December 1919, killing a further seven Hull fishermen. The steam ship,‘Barbados’ exploded on the 5th November 1920, taking ten Hull men. These included the two Weaver brothers killed on the same day. Many of these seaman had survived the war, only to be its victims after. 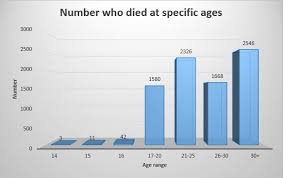 Hull men from East Yorkshire, served across all armed forces, and are buried throughout the world. Many have no known grave. Hull men fought from the very start of the war, until its end. They served in the all major battles – the Marne, Gallipoli, Jutland, the Somme, Arras and Passchendaele. They fought in the Middle East and East Africa, on land, sea and air. The war at sea was the longest war and probably the most harshest. Hull sailors fought countless battles, daily, mine sweeping, fishing and delivering vital war materials. The Hull Memorial shows at least 1,175 Hull sailors, died at sea. Hundreds of Hull men were decorated for bravery and at least 2 Victoria Crosses were won in the Great War.Memorials to the missing at Thiepval, on the Somme, lists at least 641 Hull men, the Menin Gate at Ypres records another 431, and the Tyne Cot memorial, records 223 Hull men. The casualties were mainly Privates, Non Commissioned Officers or from other lower ranks. There are less than 250 Officers listed on the ‘Hull Memorial’, which records 8,869 names of ‘local’ men killed in the First World War.The majority of deaths in the First World War were young men. Nearly 70% of Hull casualties, were aged 30 years old and under.

Extended families suffered immense loss. There were over a hundred families in Hull that lost two or more from the same family and at least ten families that lost three sons. Two families are known to have lost four sons. When other relatives are added, such as fathers, husbands, uncles, brothers in laws, cousins and fiancees, the losses in some Hull families were immense and tragic. They include nearly 1,500 Teenagers, 77 ‘boys’ aged 17 years old, 11 ‘lads’ aged 15, and at least three, 14 year olds, who died on active service. 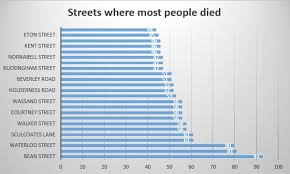 It is difficult to quantify the social and demographic impact of this great loss of men on the city. Newspapers at the time hint of the suffering, with stories of suicides  and families left heir less, penniless, orphaned, and homeless.

In order to maintain spirits and social order, newspapers released casualty figures sparingly and usually many months after they happened. Patterns of behaviour also changed, with people marrying across classes, taking on different types of employment and becoming more militant and questioning of authority. Crime increased after the war and became more brutal and organised during the tough economic times ahead. Large numbers of wounded and disabled people adapted to a society, where there was only a limited welfare state to support them. The scale of casualties and sense of loss, were strongly felt by all those who survived the Great War. It was reflected in people’s need to erect hundreds of war memorials, particularly as many of those killed, had no known grave. The social trauma of bereavement, would haunt generations for decades, resulting in a large peace movement and reluctance to fight further wars. The numbers of casualties are still difficult to understand. Can you imagine in our modern world of social media today, tuning into the evening news, to learn that nearly 60,000 British soldiers had been killed and wounded in a single day? This was the reality on the 1st July 1916, the first day of the Battle of the Somme, a battle which continued for another four months!

Every man recorded on the ‘Kingston Upon Hull Memorial’, has their own unique story. Many of these stories are intertwined with the history of Hull. Naming those that died emphasises their existence as individuals and magnifies the enormity of Hull’s loss. The potential of all these men was lost to the world, but they are now remembered together, here, on this website.